Introduction To The Pituitary Gland

Listed below are the specific hormones produced by the pituitary:

Growth Hormone (GH): This is the principal hormone that, among many other functions, regulates body and brain development, bone maturation, metabolism and is essential for healthy muscles.

Luteinizing Hormone (LH) and Follicle Stimulating Hormone (FSH): These hormones control the production of sex hormones (estrogen and testosterone) as well as sperm and egg maturation and release.

Adrenocorticotropic Hormone (ACTH): This hormone triggers the adrenal glands (located above the kidneys) to release the hormone cortisol which in turn, regulates carbohydrate, fat, and protein metabolism and is essential in the stress response.

Vasopressin – Also called anti-diuretic hormone (ADH): This hormone promotes water to be reabsorbed by the kidneys and is thus essential in water and electrolyte balance.

Pituitary tumors (also called pituitary adenomas) can result in hormonal overproduction causing serious endocrine disturbances such as acromegaly (excess GH), Cushing’s disease (excess ACTH) or prolactinoma (excess prolactin). Other pituitary adenomas are non-functional or “endocrine-inactive,” meaning that they do not produce excess hormones. Instead, as these tumors enlarge, they can cause compression of the normal pituitary gland leading to decreased or absent hormone production (hypopituitarism or pituitary failure), visual loss from optic chiasm or optic nerve compression and headaches. Pituitary failure may also result from bleeding into a pituitary tumor, pituitary or intracranial surgery, radiation therapy to the pituitary or head trauma. Other tumors that arise near the pituitary gland which can also impact pituitary hormonal function include Rathke’s cleft cysts, craniopharyngiomas, meningiomas, chordomas, gliomas and epidermoid cysts.


The Pituitary Patient Resource Guide Sixth Edition is now available! Be one of the first to have the most up-to-date information. The Pituitary Patient Resource Guide a one of a kind publication intended as an invaluable source of information not only for patients but also their families, physicians, and all health care providers. It contains information on symptoms, proper testing, how to get a diagnosis, and the treatment options that are available. It also includes Pituitary Network Association’s patient resource listings for expert medical care.

Crinetics Pharmaceuticals is a valued member of the Pituitary Association

Xeris has provided a generous grant to support the PNA's educational efforts.

Amryt is a valued member of the Pituitary Association

Recordati is a valued member of the Pituitary Association

If you are a nurse or medical professional, register for PNA CEU Membership and  earn CEU credits to learn about the symptoms, diagnosis and treatment options for patients with pituitary disorders. Help PNA reduce the time it takes for patients to get an accurate diagnosis. 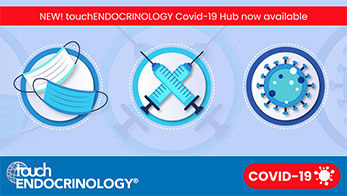 Check out our new educational tools!